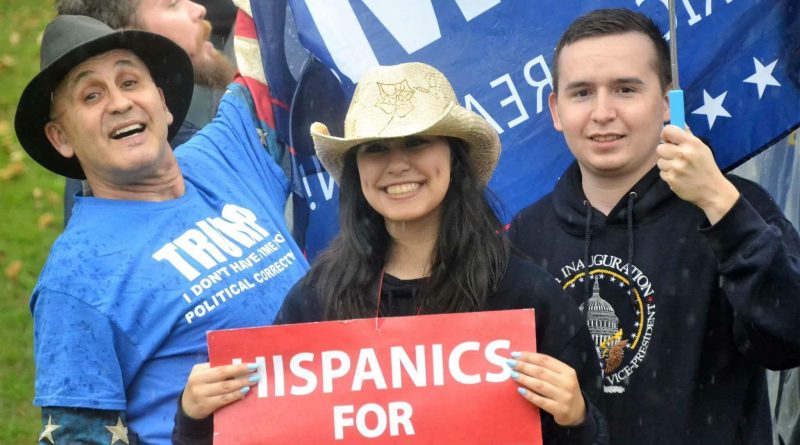 CHICAGO, Ill.—The results of a survey called “What Americans Think About America First” were released Oct. 20 by the Chicago Council on Global Affairs (CCGA), purporting to show that halfway into President Donald Trump’s first year in office, only his core supporters are clinging to his professed “America first” outlook and associated policies.

Meanwhile, the survey suggests, overall, that establishment Republicans and Democrats, as well as many independents, are heading a different direction by largely eschewing Trumpian nationalism—and instead are embracing the international “rules-based world order” that this Windy City think tank champions nonstop while calling itself “non-partisan.”

But the CCGA’s professed non-partisanship is true only in the political party sense but misleading in the sense that the CCGA is profoundly partisan toward internationalist / trans-nationalist ideas and policies, and against any strain of nationalism.This creates a built-in bias against “America first” ideas. In the long-running game of populism versus plutocracy, against which party politics pale in comparison in terms of real impact, it’s crucial to understand the kind of partisanship that’s taking place here.

So, in a sense, the survey results could hardly be otherwise. The CCGA, like its elite cousins, including the Council on Foreign Relations (CFR) of New York, Chatham House in the UK and the Brookings Institution in Washington, need a strong sense of public validation as they advance their trans-nationalist, monopoly-capitalist credo. This worldview calls for mandated “open markets” and “open borders,” veiled by soothing appeals to “democracy” and “human rights,” and promoted under a banner of impartial scholarship with supposedly diverse viewpoints.

Yet, this writer has found that, when disentangling the shifty terminology that such groups employ to craftily cloak what is actually a monolithic ideology, it’s vitally important to understand the bigger picture regarding such world affairs institutes and how they interact.

One thing that stood out was Desch’s observation that, although President Trump is evidently seeking a more America-first stance domestically and internationally that did his White House predecessors, Trump is not a hardcore “isolationist” like a Charles Lindbergh or a Sen. Robert Taft.

Notably, Desch implied that this runs contrary to a number of CCGA articles and pronouncements that claim Trump is a nearly full-blown “isolationist.”

Instead, according to Desch, Trump is practicing what appears to be a “Jacksonian” foreign policy in which he will pick his foreign policy engagements, including military ones, more carefully but will not retreat from the world—as evidenced by Trump sending naval vessels near North Korea due to the Communist regime’s missile tests, and by giving a cold shoulder to the multi-nation nuclear deal with Iran.

However, Jackson, unlike Trump, was a soldier whose more purebred populism drove him to dismantle the Second Bank of the United States, among the boldest political moves in U.S. political history. Not surprisingly, then, the CCGA panelists were silent on the full import of a Jacksonian populist worldview, since Jackson ended “the Fed” of his day by not renewing that central bank’s charter in 1836.

Silence is golden in elite circles on that angle, since raising it could encourage modern populists, perhaps even Trumpians, to learn from Jackson’s example and dissolve today’s Federal Reserve central bank—which is a revered institution among the trans-nationalists due to the bank’s ability to funnel money to the top of the power pyramid, for which the CCGA is one of several guardians.

“The ideas of America-first have not spread much beyond core Trump supporters,” Ms. Smeltz added, referring to survey material that appears to validate that view. The CCGA-commissioned survey, conducted by Gfk Custom Research, is based on a polling of 2,020 people. A full-color copy was handed out at the CCGA program.

Page 9 seems to support Ms. Smeltz’s statement: Of those surveyed, 82% of Democrats, 64% of independents, 60% of mainstream Republicans but only 54% of core Trump supporters want a continued U.S. commitment to the North Atlantic Treaty Organization (NATO), amid CCGA concerns that Trump’s call for making other NATO-member states pay a greater share of the military alliance’s tab is a sign the U.S. is lurching toward isolationism.

Accordingly, Page 14 says that, regarding the statement, “The U.S. should withhold its commitment to defend NATO members until NATO allies actually spend more on defense,” 60% of core Trump supporters agreed, while just 25% of Democrats, 42% of independents and 51% of establishment Republicans agreed.

And with some minor exceptions, Page 15 shows there’s a tendency for Trumpians to have less confidence than the other groupings on the ability of other countries “to deal responsibly with world problems.” For example, in 2017, just 54% of Trumpians had such confidence in Germany, while the percentages for Democrats, independents and Republicans were 76, 64 and 61, respectively.

Yet, in 2017, 44% of Trump’s core supporters had confidence in Russia, which sounds low, but the others came out as follows: Democrats 26%, independents 27% and mainstream GOP respondents 34%, suggesting, at least tentatively, that Trump’s core backers identify with Russia’s nationalistic leanings and consider it an element in responsible statecraft.

The divergences are more dramatic when it comes to trade, which has both international and domestic aspects—which Desch termed “inter-nestic.”

When queried in the survey “Do you think that the current administration’s approach to international affairs will do more to protect American workers,” 82% of Trumpians registered in the affirmative, while just 12% of Democrats, 30% of independents and 64% of mainstream Republicans agreed.

And 58% of core Trumpians—compared to 22% of Dems, 37% of independents, and 47% of mainstream Republicans—felt that current free-trade deals mostly benefit countries other than the U.S.

Moreover, when it comes to immigration, just 21% of core Trumpians felt that illegal immigrants should be allowed to stay in their jobs and apply for citizenship. The rest: Dems 51%, independents 34%, and mainstream GOP respondents 26%.

The survey also shows that 62% of respondents would support sending U.S. troops into South Korea if it was invaded by North Korea, said Daalder, who remarked that the reaffirmation of alliances, such as America’s “treaty commitment” with South Korea, has been a key component in keeping the peace—a peace that, he said, has endured in Europe since World War II ended.

However, that viewpoint requires overlooking America’s longest-ever military commitment in Afghanistan as part of the “war on terror,” and the undeclared 1950-53 Korean War, the undeclared 10-year Vietnam War, Gulf War I and Gulf War II in and around Iraq, etc., in a world where America is on a permanent war-footing.

And while Daalder agreed that Europeans should spend more on defense—noting that a European low of 1.25% of GDP for such spending has bounced back to the 2% benchmark—he and the others essentially agreed that the survey certifies the CCGA-globalist worldview that free trade, open immigration policies and foreign engagement (read: constant interventionism) represent “a more traditional foreign policy.”

Deftly hidden is the real American tradition—fair and responsible trade with all possible nations but “entangling alliances with none,” as the nation’s framers stated. That does not mean an absolute retreat from the world and never has.

But the kind of engagement that the CCGA and its high-brow fellow travelers strive for exhausts enormous amounts of blood and treasure in a constant effort to coerce or cajole all possible nations into the elite’s post-World War II “rules-based neo-liberal world order,” which carries with it a debt-based money system that was refined and expanded through key parts of that “world order,” namely the International Monetary Fund, the World Trade Organization and the World Bank created at the 1944 Bretton Woods, N.H. conference at the Mount Washington Hotel—a pivotal, game-changing meeting that foreshadowed the Bilderberg Meetings which took root in 1954 and are still happening, though under a greater degree of secrecy than Bretton Woods.

Yet, with Bretton Woods established as the touchstone for the modern era of oligarchic rule (rule by the rich few, via the research and management of the elite groups named here, among others) the vast bulk of humanity was shepherded into a worldwide debtor’s prison without bars, while constant war and rumors of war swirl around the populace in a never-ending vortex of media-induced fear and uncertainty. 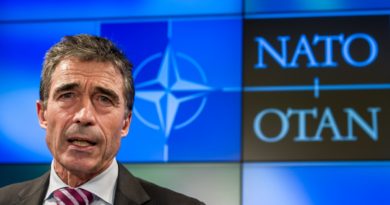