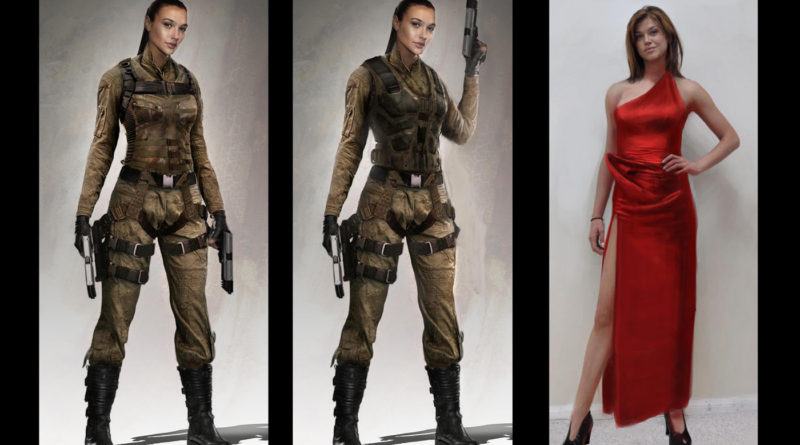 By The Truth Hound–Mark Anderson

A paradigm-shift previously reported here is uncomfortably a step closer: Now, the full Senate has approved a policy bill to require women to sign up for the draft. So if the House concurs and President Obama signs the bill, then as of January 2018, women will have to register with the Selective Service.

Women turning 18 who fail to register would face the same potential fines, prison time and cutoffs of federal aid, such as Pell Grants, that men face if they fail to register.

That full Senate vote follows a 23-3 spring 2016 vote by the Senate Armed Services Committee (SASC) to pass the policy bill. The Associated Press called it “another step toward a day when young Americans of both genders may be subject to the military draft.”

The ultra-modernist New York Times, which supports destroying nearly all traditional male-female roles, published a piece right after the full Senate vote that offered selective quotes, in order to make a draft of women seem inevitable.

The “draft door” was first kicked open by Defense Sec. Ash Carter, who late last year circumvented Congress by pushing a social experiment to put women on the front lines. From there, the proverbial dominos began to fall, signaling yet another “trend” that apparently will lead to more lost innocence and a world even more possessed by cruelty and barbarism.

The inherent differences between men and women in terms of upper-body strength and other factors were noted, as was the automatic tendency of men to help women in distress.

“It’s in our DNA,” one male panelist said. For his part, Hunter, who also fought in the Middle East in the “war on terror,” warned that one cannot imagine the aggression and bloodlust that can happen on the front lines and that, all social trends aside, it’s no place for women, at least most women.

The consensus of the five panelists was that removing the final obstacles to sending women to the front lines would lower U.S. military readiness and hurt cohesion through the institution of watered down training standards designed to enable enough women to make the grade.

The panelists only briefly contemplated the prospect of women being drafted. They did agree, however, that given all the feminist agitation to send humanity’s nurturers into kill zones, those who support allowing women in the infantry cannot complain and should fully expect a draft of women.

There’s no such thing as a neat war that spares the innocent and, in fact, the killing of scores of civilian non-combatants has been an ongoing, grim reality in the relentless, meaningless “war on terror.”

Thus, the nurturers of society who bring new generations into existence may be tapped to help unleash the terrifying power of front-line infantry forces against the young and defenseless of other nations.

America’s military draft was “ended,” or some say “suspended,” in 1973 as the Vietnam War waned. But today the law requires all American men to register with the Selective Service System within 30 days of turning 18, lest they be fined and/or imprisoned.

While it’s generally assumed that the nation’s all-volunteer force is “working,” America’s ever-growing role as world policeman has converted war into a permanent, hugely profitable business that has rendered the entire concept of “victory” undefinable and therefore unattainable. And open-ended interventionism requires fresh crops of troops.

SASC member Mike Lee (R-Utah), who voted against registering women at the committee level, remarked, “This is a highly consequential—and, for many American families, a deeply controversial—decision that deserves to be resolved by Congress after a robust and transparent debate in front of the American people . . .”

To get a deeper perspective, this writer turned to the works of veteran journalist William Norman Grigg, whose insightful blog, Pro Libertate, explores the relationship of the citizen with the state. Also contacted was popular Canadian blogger and author Henry Makow, who delves into the deceptive roots of feminism and contrived gender wars with unique insights.

“Seeking to accelerate our descent into unalloyed tyranny, the Pentagon has endorsed the idea that females should be numbered within the human inventory from which the Regime will draw in its next useless, stupid pointless war,” Grigg recently wrote.

For his part, Makow said: “Drafting women is another front in the masonic Jewish banking cartel’s occult war on gender which is reaching its apogee in the attempt to eliminate bathroom segregation. This war on gender is designed to destabilize and undermine society by destroying its fundamental building block, the nuclear family.”

Makow added: “The bankers need to enslave the human race in order to protect their credit monopoly; ‘one gender’ is part of one race, one religion [etc.]”

Summing things up objectively, Grigg noted: “Left-collectivists love social engineering; right-collectivists adore the military. Conscripting women would be the natural synthesis of this depraved dialectic. . . . Once the Regime establishes the principle that it can steal the lives of its subjects [via involuntary servitude through the draft] every purported constitutional guarantee of liberty is nullified.”