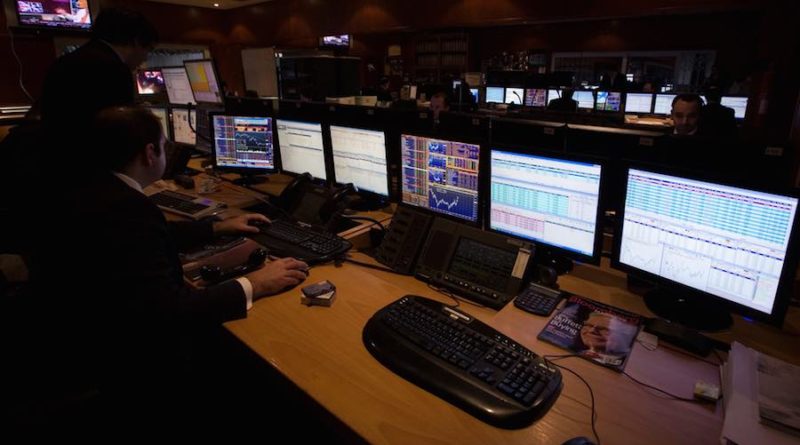 Because the U.S. seeks to rule a unipolar world, it has been relentlessly saying that Russian leader Vladimir Putin, who’s viewed by the West as a rising rival in geo-politics, masterminded hacking the computerized systems of U.S. elections as well as Democratic National Committee computers. Then, as the stale tale goes, Russia handed all the juicy data over to Wikileaks, which turned around and dropped a veritable information bomb on America’s tender democracy.

But while that “bomb” allegedly influenced enough people to elect winner Donald Trump over  loser Hillary Clinton, we’re supposed to forget all about the creepy, criminally inclined things contained in the John Podesta-Hillary Clinton emails themselves.

So, let’s attempt to grasp this media-massaged, intel-infused message: Even though the emails apparently had enough sizzle and scandal to boost one presidential candidate over another, we’re still prodded to think that the information in the emails somehow isn’t the issue.

The crux of the matter: If Putin really was crafty enough to hack into the actual state-level election systems in the U.S., this means that America’s digital election systems can be hacked in the first place. That is huge. By insisting Putin is guilty, the U.S. establishment evidently shot itself in the foot and admitted, lo and behold, that computerized elections are easily targeted and defrauded.

Since its inception, Yours Truly has been among those warning about technical problems and fraud in the computerized election infrastructure, even while Americans have been repeatedly reassured that the electronic voting systems used in about 95% of voting precincts are virtually foolproof and trustworthy.

And, all along, highly credible Texas activists like Dr. Laura Pressley and Vickie Karp, Black Box Voting’s Bev Harris, election fraud researcher Jim Condit Jr. and others have uncovered solid evidence that computerized elections are an immensely deceptive and vulnerable enterprise—vulnerable to external hacking but also prone to being “fixed” from the inside without external hacking, through the proprietary software inside the electronic voting machines that can be pre-set to steal elections if the need arises.

Condit, who worked with the late Collier brothers in researching their pioneering book, “Votescam: The Stealing of America,” said Jan. 9 that he’s also calling attention through his websites to the basic fact that if you want hack-free elections, then a computerized system just won’t do.

“Computers are great but not for elections,” he said, paraphrasing author Adam Osborne in his book “Running Wild: The Next Industrial Revolution.” Osborne, according to a notation Condit wrote on the website of Citizens for a Fair Vote Count, “was the first fellow to construct a personal computer. Even though he did not market them throughout the world as did Steve Jobs and Bill Gates, he must be considered a pioneering expert on computers. Osborne tells us way back in 1974 that there are three areas that must never be handled by computers—and one of them is vote counting.”

In a late-November 2016 interview, with The TRUTH HOUND (representing American Free Press), business owner and former Austin City Council candidate Dr. Laura Pressley explained her recent trip to the state capitol where she held press conferences and provided extensive documentation to Gov. Greg Abbott and other key Texas officials about her findings—including the observations of independent poll watchers during the Nov. 8 election—that the integrity and lawfulness of Texas elections are in serious peril.

Trained in engineering, she spent 17 years in the semi-conductor industry, while holding four patents on computer technology.

“As we started looking at these computer back-up records that are supposed to be there as required by law, they’re not there. So how do we know that our vote is being tabulated as we intend?” she asked, adding the vote in Texas is being counted “completely out of public view. And we can’t even get the state to enforce the election law.”

Unless truly secure computer technology for elections, proper election law enforcement and the integrity of government officials all take a quantum leap, then getting rid of computerized voting systems would be a sound way to help lay election fraud problems to rest and end most, if not all, election-hacking suspicions. It won’t matter if you believe “Putin did it” or you’re convinced the Russian leader didn’t have a role in what we’re told was a hacking episode of epic proportions that justified expelling 35 Russian diplomatic officials from the U.S. on President Obama’s watch.

Readers who are so inclined are therefore urged to bring this paper ballot idea forward and share it with local, county and state election officials. A solution is needed to nullify nagging media propaganda.

That solution is to adopt and maintain a more straightforward election system with paper ballots counted at the same precinct locations where the votes are cast, under the steady gaze of poll watchers, with no break in the custody chain of the ballots, while using clear ballot boxes for the voted ballots and pointing cameras at the boxes nonstop for good measure. Condit added that better absentee-ballot safeguards need to be added, and early voting may need to be discontinued.

Furthermore, there’s no need for the U.S. and NATO to conduct more menacing military exercises at the Russian border to stare down and threaten Putin for his “robbery” of U.S. “democracy.” And with the Department of Homeland Security saying it might take over U.S. elections because our elections systems are now seen as “critical infrastructure” during the “war on terror,” going with a paper-ballot system also would head the DHS off at the pass, as it were. Elections are properly and constitutionally a state function—so long as officials will obey their own election laws. 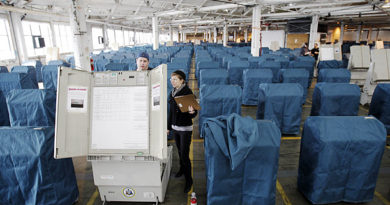