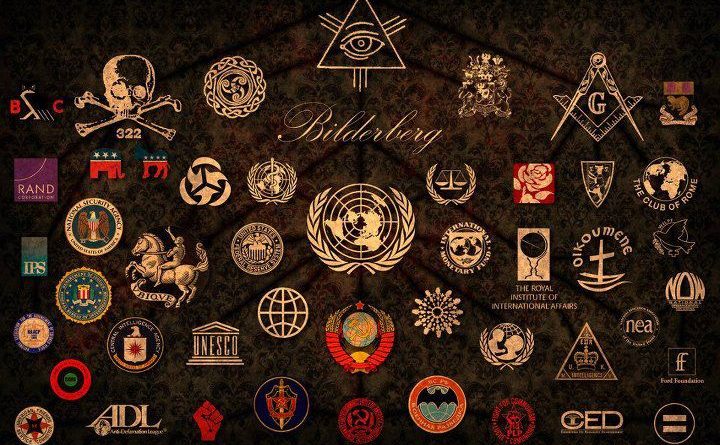 But keep in mind Bilderberg is part of a network of like-minded outfits, though in most respects it’s the most secretive among such elite organizations

As Bilderberg 2016 convenes, taking place June 9-12 in Dresden, Germany at the heavily barricaded Hotel Taschenbergpalais Kempinski, it’s important to note that— as this AFP writer learned at a 2013 Brookings Institution meeting, just before that year’s Bilderberg-UK meeting—a European Union (EU) army for a “United States of Europe” has been on the menu of the world planners in Bilderberg and associated organizations.

Notably, the Bilderbergers’ media outlet, whose operators never reveal their names or affiliations, released on or a little before June 6th–in their usual brief, last-minute fashion— the list of Bilderberg 2016 attendees. Their press release, which also includes a shorter-than-usual list of “discussion” topics, along with those confirmed participants, can be accessed here. There has never been any guarantee that the list is complete and names all the participants.

But for the record, their ten stated 2016 topics, some of which are amusingly vague and generic, are:

Meanwhile, however, accounts of joint military exercises involving British and French soldiers this spring in south England represent the most recent evidence yet that the development of an EU military force has come off of the drawing board and is emerging as a reality.

The broader issue here is that the upcoming vote in Britain on exiting the EU, or Brexit, as it is called, will be rendered moot, since a pending EU army—with requirements for British soldiers to take part in that army—undercuts a successful UK vote to separate from the EU.

Brexit, of course, is philosophically opposed by the Bilderberg group’s core leadership and their brethren at the Brookings Institution, in the Council on Foreign Relations, at the CFR-related Chicago Council on Global Affairs and scores of similar think tanks in the U.S. and abroad—and in the G7 and G20.

Right on cue, a G7 declaration issued immediately thereafter calls for worldwide taxation. In so doing, the G7 ministers referred to the G20, which, as AFP reported, recently met in Washington and warmly welcomed a report calling for a world-taxation grid, from which no one can hide. The G7 declaration comes in the wake of this AFP writer’s (Truth Hound’s)  report on Bilderberg’s linkage to the Panama Papers in a gambit to exploit the tax-evasion revelations to fool the public into supporting a new world-wide taxation system.

The G7 officially stated: “To restore public trust in tax systems by enhancing transparency of tax information, we reaffirm G20’s call on all relevant countries, including all financial centers and jurisdictions, to implement the standard on automatic exchange of information by [the] committed deadline and to sign the Multilateral Convention, as well as the request to the [Organization for Economic Cooperation and Development] to establish . . . ‘objective criteria to identify non-cooperative jurisdictions with respect to tax transparency.’ ”

The G7-Bilderberg conduit, while opposing Brexit (according to the G7’s post-Japan declaration), is sparing no expense to “reaffirm our commitment to keep our markets open and to fight all forms of protectionism [tariffs and other helpful sovereign tools]. . . . We encourage trade liberalization . . . through regional trade agreements including the Trans-Pacific Partnership (TPP), the Japan-EU Economic Partnership Agreement (EPA), the Transatlantic Trade and Investment Partnership (TTIP) and the Comprehensive Economic and Trade Agreement (CETA).”

Whatever topics for discussion might pop up on Bilderberg’s so-called official agenda released to the press this year—many of which are suspect—the broader topics named here represent the long-term transnational integration scheme that’s always “on the agenda” and needs to be exposed and defeated, especially when the Trans-Pacific and Transatlantic trade traps come up for approval in Congress.

The Bilderberg group is a highly secretive organization of European and North American elites from big business, big media, politics, banking, and other sectors.

The Bilderberg Meetings, which were started in 1954, occur annually at only the most posh hotels or resorts in Europe or North America. The entire resort is closed to the public and real reporters. A large contingent of armed private security and police represent a show of force to ward off and if necessary shoot any “un-invitees” who try to enter. Deploringly, select members of the press who are invited have pledged not to report on the conferences.

Around 130-140 elites take part in the meetings. Usually, about one-third of the participants come from politics and government. American public office holders who meet like this behind closed doors with foreign policymakers (where no meeting records are kept, according to Bilderberg itself) are committing a felony, according to U.S. laws—mainly the Logan Act.

According to British professor Richard Aldrich, the CIA helped organize and fund the first meeting in 1954 (with some Ford Foundation help). From there, Bilderberg has maintained a strong hand in European consolidation and other internationalist schemes. AFP’s late publisher Willis Carto often said Bilderberg represents hard proof that elites, including elected officials, undemocratically gather and conspire to plan, formulate or influence policy, directly and/or indirectly.

The Truth Hound is Mark Anderson, AmericanFreePress.net Bilderberg reporter, carrying on the pioneering work of late-great Bilderberg hound James. P. Tucker Jr. May Jim always rest in peace in that great newsroom in the sky. I miss you, my friend.