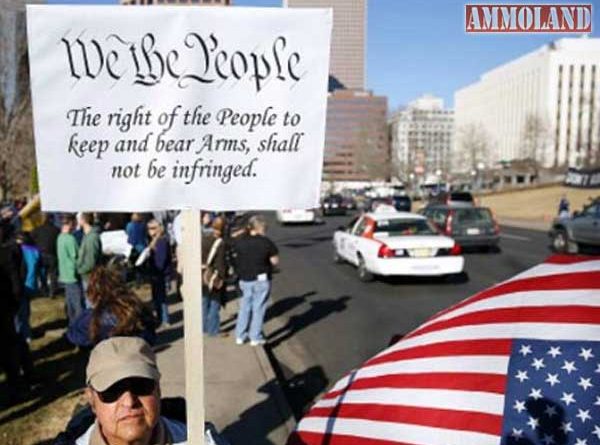 By Mark Anderson
Stop the Presses News & Commentary
[Another version of this article first appeared at www.AmericanFreePress.net. Check that website for subscription and book-ordering information. Also see this writer’s other blog at www.TheTruthhound.com]

Amid authoritative-sounding media reports and police press conferences that dodge the tough questions that need to be asked, many of the public “gun crimes” in schools and in other venues in recent years remain unexplained and unresolved. Yet, on the basis of the official versions of these mysterious events, another crime, the disarmament of Americans, is being pushed harder than ever before.

A strong case in point: Former Supreme Court Justice John Paul Stevens on March 27 took to the sympathetic pages of The New York Times in an op-ed calling for repeal of the Second Amendment via constitutional amendment. What’s not as well known is that, about a month before that, a bill had been quietly introduced in Congress to ban all “assault weapons.”

The Assault Weapons Ban of 2018 (H.R. 5087), which has 174 cosponsors as of this writing, was introduced in the House Feb. 20, just six days after the reported school shooting in Parkland, Fla. As of March 20, the legislation had been referred to the House Committee on the Judiciary, which referred it to the Subcommittee on Crime, Terrorism, Homeland Security, and Investigations. The bill would “make it a crime to knowingly import, sell, manufacture, transfer, or possess a semiautomatic assault weapon (SAW) or large capacity ammunition feeding device (LCAFD).”

The nationally televised March for Our Lives had just happened on March 24 in Washington, D.C.—where scores of emotional teens stumped for drastically increased gun controls—when Stevens’s anti-gun homily was published in the Times.

Referring to the radical idea of repealing the second of the 10 amendments that comprise the Bill of Rights—a concept that has never been seriously contemplated much less carried out—Stevens wrote: “Overturning that decision [in District of Columbia v. Heller, which upheld the individual right to bear arms] via a constitutional amendment to get rid of the Second Amendment would be simple and would do more to weaken the N.R.A.’s ability to stymie legislative debate and block constructive gun control legislation than any other available option. That simple but dramatic action would move Saturday’s marchers closer to their objective than any other possible reform. It would eliminate the only legal rule that protects sellers of firearms in the United States. . . .”

He argues: “Concern that a national standing army might pose a threat to the security of the separate states led to the adoption of that amendment. . . . Today that concern is a relic of the 18th century.”

Perhaps the illustrious Mr. Stevens doesn’t realize that America has a standing army, which has grown beyond what our Founders envisioned due to the U.S. leading the charge in interventionist, undeclared world warfare. Worse still, the U.S. ceaselessly patrolling the world has over the years led to calls for surrendering command of U.S. forces to United Nations commanders—a prospect U.S. Army Medic Michael New resisted in 1995 when the young Texan refused to serve in such an internationalist capacity.

Furthermore, at 29 Palms Marine Base in California in 1994, the base’s soldiers were surveyed in a classroom setting on whether they would open fire on Americans—under a gun-confiscation scenario, no less.

Continued, to read the rest of this breaking, in-depth report, the entire article is posted at https://steemit.com/media/@truthhound/bill-of-rights-under-fire-unexplained-mysterious-shootings-the-basis-for-former-justice-to-target-the-second-amendment