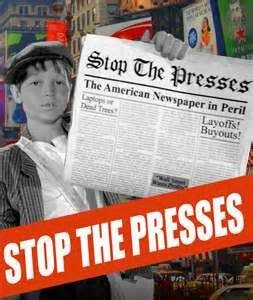 EDITOR’S NOTE: The writer’s early-September appearance on Alternate Current Radio with host “Hesher” covers “The PIllars of Untruth” and details several of the themes in the article below. Click on the following link to listen to ACR’s “The Boiler Room” with guest Mark Anderson: https://www.spreaker.com/e/gftRaWCHUtQ

While various Mass Media Cartel outlets have seized upon the Trump era to peddle especially hateful and incendiary rhetoric—in the name of stamping out hate and incendiary rhetoric—the New York Times appears to be the clear winner in publishing ultra-hypocritical “reports” that aren’t really “news” at all; rather, they are hit pieces designed to defame and demonize ever-wider cross sections of conservatives and constitutionalists and try to connect them to what the Times just started calling the “global machine” of the “far right” in a front-page Sunday feature Aug. 11, 2019.

To be more specific, this mass libel, which has hit a fever pitch, strongly implies that opposing illegal immigration, regardless of the soundness of the logic for doing so, now puts one in league with a menagerie of misfits that includes “mass shooters.” Even before the above-noted Aug. 11 piece flushed journalistic principles down the crapper, the Times trotted out a particularly corrosive article on Aug. 4—in the sensitive, immediate wake of reports about the El Paso Wal Mart shooting—that made such a “connection.”

The article by Peter Baker and Michael D. Shear began:

At campaign rallies before last year’s midterm elections, President Trump repeatedly warned that America was under attack by immigrants heading for the border. “You look at what is marching up, that is an invasion!” he declared at one rally . . . . Nine months later, a 21-year-old white man is accused of opening fire in a Walmart in El Paso, killing 20 people and injuring dozens more after writing a manifesto . . .  announcing that “this attack is a response to the Hispanic invasion of Texas”. . . . But if Mr. Trump did not originally inspire the gunman, he has brought into the mainstream polarizing ideas and people once consigned to the fringes of American society.”

There are countless things wrong with that screed, apart from the reference to unwelcome “ideas and people,” a vague swipe at Trump’s recent Social Media summit that invited alternative journalists to the White House to “counter-punch” the “Fake News” industry consisting of mainstream media, which includes the Times.

Analyzing that Times passage, take note that, if the young “white man” is “accused” of the shooting, that means that the suspect is simply that—a suspect—who, at the time of the Times’ article, had not  appeared in court where prosecutors will attempt to prove he was in fact the shooter that the media told us about. And anyone “accused” of a crime cannot be said without qualification to have composed the manifesto. Such things must be proven in a court of law.

Furthermore, whatever happened at the El Paso Wal-Mart does nothing to detract from the fact that tens of thousands of illegal immigrants entering south Texas and other border areas per month does indeed constitute an invasion. Yet, the Times’ duo would have you believe that the El Paso event somehow negates all genuine concerns about so many people from more than 50 countries illegally entering the U.S.—infiltrated as they are with violent MS-13 gang members and drug cartel traffickers making up to $20,000 per head trafficking the men, women and children about whom the big media professes nonstop “compassion.”

But the Aug.11 Times piece takes the proverbial cake, while echoing many of the themes from the spring 2019 edition of Foreign Affairs, the journal of the infamous Council on Foreign Relations. (The “clinched fist” cover art from that edition is the main photo at the top of this article).

Its headline, “The Global Machine Behind the Rise of Far-Right Nationalism” warns that nationalism is engulfing the world, thanks to everyone from the supposedly Nazi-like Swedish Democrat Party to various alt-media outlets. Regarding this “machine,” which is allegedly centered in Sweden, the Times’ dark fable states:

To dig beneath the surface of what is happening in Sweden, though, is to uncover the workings of an international disinformation machine, devoted to the cultivation . . . and amplification of far-right, anti-immigrant passions and political forces. Indeed, that machine, most influentially rooted in Vladimir V. Putin’s Russia and the American far right, underscores a fundamental irony of this political moment: the globalization of nationalism.”

The article, without providing names, and without naming a single source or providing links to online sources, demonizes the Democrat Party thusly:

The party was founded in 1988 by several Nazi ideologues, including a former member of the Waffen SS . . . . Some Sweden Democrats wore Nazi uniforms to party functions.”

A key premise of this Times’ article is that Swedish nationals have no inherent right to defend their nation from the unchecked migration of tens of thousands of North Africans and Middle Easterners, and that rise of nationalism—Sweden’s Democrats captured nearly 18 percent in elections last year—is proof-positive that the European-rooted peoples of the world are simply vicious, immigrant-hating louts whose concerns are not worth even a modicum of respect.

Stateside, such Mass Media Cartel themes seem to be having a damaging effect. Members of the Proud Boys, a pro-Trump, patriotic group, were arrested in Portland, Oregon in advance of a recent rally about ending domestic terrorism. The Proud Boys’ official statement about what they perceive as pure political persecution for their nationalistic beliefs explained:

“Portland Mayor Ted Wheeler has decided to randomly pursue criminal charges against right-leaning political activists in the days leading up to the August 17th “End Domestic Terrorism” rally aimed at drawing attention to the documented and deranged violent tactics of Antifa. This coordinated Gestapo-style roundup of free speech advocates is not a mistake or randomly timed. Considering the lack of arrests or warrants issued for dozens of violent Antifa domestic terrorists still at large from previous melees, these disturbing movements prove an underlying political motivation for the recent actions from the Portland Mayor and Portland Police Bureau.”

The sheer irony, though, is that as the Times and its media-cartel brethren hunt down nationalists and accuse them of posing conspiracy theories that allegedly spark violence, that cartel has concocted a massive conspiracy theory of its own in its crusade against the “global machine” of nationalism.

So, who are the conspiracy theorists now?