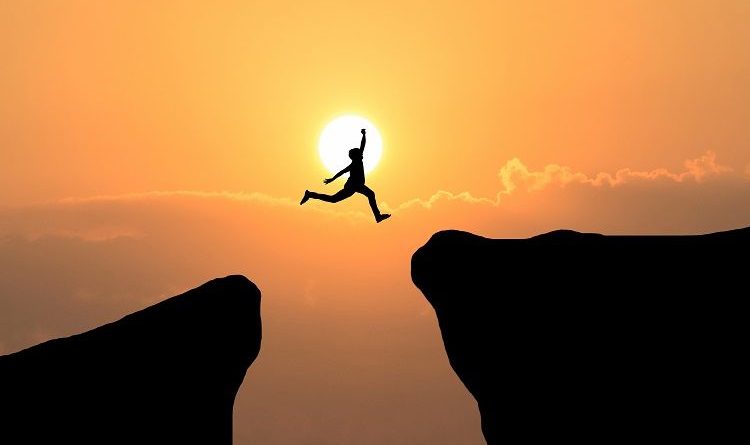 SPECIAL REPORT: A Springboard to Prosperity—Beyond Jobs, Trade & Business Plans and Into the Realm of Proper Monetary Reform.

TRI-FOLD BROCHURE OF THIS ARTICLE AVAILABLE: Click on the following “SPRINGBOARD” PDF link to get an electronic copy of this article in the format of a tri-fold brochure that can be downloaded and printed out for the convenience of readers interested in spreading the word.

Imagine no college debt, no credit card debt, no mortgage debt and no car loans. Imagine the very concept of debt being largely if not completely laid to rest.

How could this be?

Well, we are not talking about the empty promises often offered by political parties and their candidates who want your vote but not your input.

Politicians come and go.  We need to govern ourselves. What really matters is identifying sound accounting principles with which to institute an honest monetary-economic system which utilizes real wealth—our earthly natural resources—to satisfy humanity’s needs no matter what position individuals hold in life.

We all need to come together, regardless of our political worldview, and find common ground by fixing the current economic-monetary system’s many defects—so we can ALL experience and partake of the abundance that naturally exists all around us.

Unless our monetary predicament is solved, little else we do will matter in trying to make our individual and family lives better and pull our country back from the abyss of extreme depression and dissolution and make it a better place for all.

Yet, based on the individual measurement, 253 million adults multiplied by $5,839 per adult equals just over $1.477 trillion. You read that correctly— nearly 1 ½ trillion dollars just in credit card debt!       ‘

However, consider the overall consumer debt, which consists of revolving loans—the kind of loans that theoretically are paid off each month. That category includes credit card. However, we all know that most of us do not or cannot pay off all of our credit card debt each month. And then there are non-revolving loans, which require ongoing installment payments. That includes student loan debt. When overall consumer debt is considered, the numbers get even more daunting.

In June 2019, according to the Federal Reserve:

Now, we need to realize that if the average person or family had more purchasing power that did not enter the economy in the form of debt, then, obviously, the non-debt option would be selected.

So how do we devise a new system which does away with the chronic borrowing and interest-bearing debt that the current system forces on us? How do we reform the system to where people DO NOT have to cover their spending shortfalls, achieve their goals and meet their housing needs and other vital things with debt instruments like credit cards, student loans, mortgages etc.?

Apart from the obvious observation that the debts described here, by and large, will never be paid off, we must learn to think “outside the box.”

Simply put: We need to go from a debt-based system to a debt-free system which, at first, might seem to resemble Universal Basic Income. However, the crucial difference is that UBI is debt-based and redistributes tax dollars whereas these pages outline a distributive alternative that taps new money and is not debt-based. But before we outline this debt-free system, let’s measure the money supply against the total production of goods and services.

The U.S. economy’s money supply is divided into four parts — M0, M1, M2, and M3. The M1 category, a measurement of the total amount of currency in circulation, includes paper currency and coins, plus publicly held checking accounts. Other forms of M1 are traveler’s checks, automatic transfer service accounts, and credit union accounts.

M2 is a broader money-supply classification. It includes assets that are highly liquid but are not cash. The M2 money supply, which takes M1 into account, averaged just over $4 trillion per year from 1959 until 2019 in the U.S., while reaching an all-time high of just under $15 trillion in July of 2019, according to TradingEconomics.com.

However, according to the World Bank, the U.S. Gross Domestic Product (the familiar “GDP”) for 2017 was $19.39 trillion with a “T.” The GDP is the total monetary or market value of all the finished goods and services produced within a country in a specific time period. Here’s the huge question . . .

How can a domestic society purchase over $19 TRILLION worth of output (GDP) with LESS THAN $15 TRILLION in purchasing power?

About 100 years ago, a gifted Scots-English engineer, Clifford Hugh Douglas, was assigned to the Royal Aircraft Works in Farnborough, England, Douglas examined the plant’s accounting system and discovered that the production cycle compiled costs and prices far in excess of what the workers earned in wages per production cycle.

From there, he analyzed the accounts of some 100 other firms, and found, just like at Farnborough, that they all created costs and prices far faster, and at a greater amount, than the generation of wages. So, over time it became clear that people were compelled by the financial system to borrow from the future to compensate for the monetary shortcomings of the present.

Credit cards and other debt instruments are modern society’s way of mortgaging our future just to pay for the present.

Douglas would go on to establish “Social Credit” economics, while writing books about the concept— long before the advent of China’s current black-listing effort ironically called “social credit.”

For the record, the “Social Credit” conceived by Douglas BEARS NO RELATIONSHIP WHATSOEVER to that Chinese surveillance-and-scoring system which punishes those who disobey China’s centralized government. Mr. Douglas’ Social Credit is a liberating economic model that decentralizes power and empowers the individual.

‘In his books “Social Credit,” “Economic Democracy” and several others, and in radio speeches and addresses to Parliament, Douglas explained his findings that all production cycles worldwide produce inventories and price structures that far exceed the wages and salaries of consumers.

In other words (as the GDP and money-supply figures cited above indicate) the people’s purchasing power simply isn’t enough to buy what’s produced. We are suffering from “poverty in the midst of plenty.,” or “full stores and empty wallets.”

So, there is, in fact, a glaring gap between what little money we have in our wallets and the high prices of what’s for sale. And that gap needs to be filled without resorting to debt.

How? By adopting what’s called the national dividend with new money that is created without being counted as debt. Inflationary concerns are negated partly by the fact that prices only rise when the money supply surpasses the amount of goods for sale. 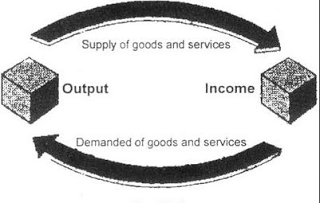 Contrary to popular belief, the economy, already saddled with over-production, lacks effective demand, partly because all money is born as interest-bearing debt under the current arrangement in which governments farm out their money creation and policy to private interests.

Government is failing to provide enough debt-free money to purchase what’s produced. A properly balanced system is represented by this simple illustration shown above.

Yet, we’ve shown that our money supply pales in comparison to the GDP. Furthermore, interest charges are among the cost factors passed on to the end consumer. So, keeping a system that forces us to heavily rely on borrowing is a key cause of rising prices.

On the foundation of their cultural legacy of being “shareholders” of the U.S., all American citizens ought to be issued an inheritance based on the accumulated value of the agricultural, scientific and industrial progress of their country over the course of time. This value would all build up in a “national capital account.”

And automation would become our friend, since automated production, through its high efficiency and low costs, would add more wealth for everyone to the national credit account while at the same time reducing prices.

So, we could all work less and receive more income without incurring debt.

The periodic dividend coming from this “inheritance” would be paid out from the national capital account, irrespective of the recipient’s employment status. It would often supplement employment income. Others who choose to live on their dividend alone would be better enabled to find their true calling in life.

Consider a monthly dividend of $1,200. That amount, calculated with an estimated U.S. population of about 300 million citizens (excluding non-citizens), would total $4.6 trillion—very close to the annual consumer debt cited in this pamphlet.

In other words, why get trapped in student loans and various other forms of debt when we can instead receive dividends of newly created debt-free money?

To be sure, the central bank known as the Federal Reserve would have to be reworked and perhaps dissolved. Either way, the goal would be for the U.S. Treasury to act in the people’s interest and DISTRIBUTE NEW MONEY and NOT RE-DISTRIBUTE existing money. All such socialistic “robbing Peter to pay Paul” schemes would be halted.

The government already pays out Social Security payments (which wrongly stem from debt); the key difference would be that all citizens, not just retirees, would receive debt-free dividends. Social Security, means-tested invasive welfare systems and many taxes could be phased out. Minors could have their dividends kept in escrow until they’re adults. 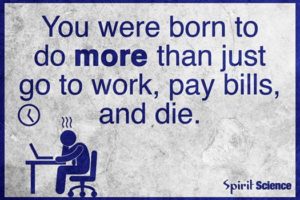 The people need to create a groundswell of public pressure to free themselves from the permanent economic serfdom that is our grim fate unless we act.

For more information and details, write to: Dr. Oliver Heydorn at oliver.heydorn@gmail.com, to
M. Samuel Anderson at truthhound2@yahoo.com or Bob Van Bemmelen at rvanbem@hotmail.com.

AGAIN, A TRI-FOLD BROCHURE OF THIS ARTICLE IS AVAILABLE: Don’t forget to click on the following “SPRINGBOARD” PDF link to get an electronic copy of this article in the format of a tri-fold brochure that can be downloaded and printed out for the convenience of readers interested in spreading the word. 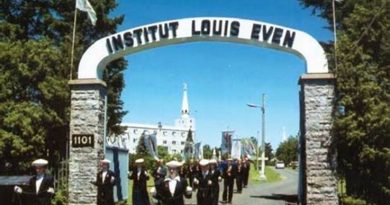 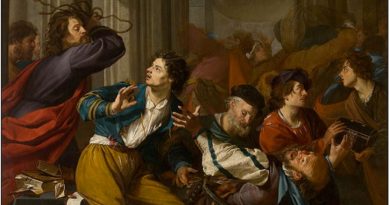 The Supreme Christian Challenge: Is All Fair in Business & Money? Or is a Major Moral Shift Needed?