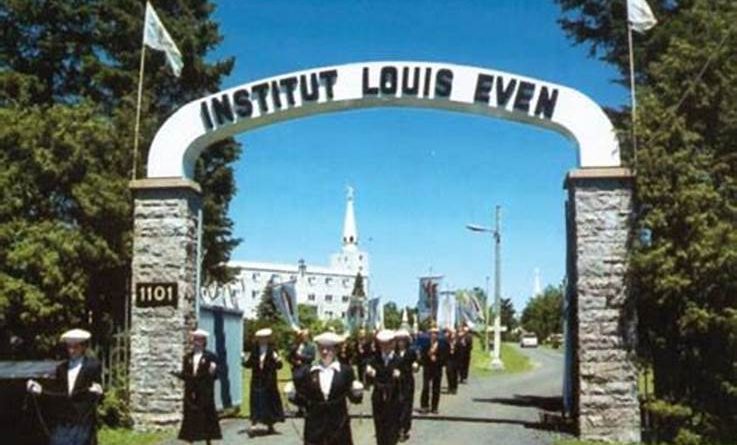 By the late Louis Even
Founder, the Michael Journal, Quebec, Canada

Money is a social instrument. Since it gives a claim to everyone’s goods and services, it cannot justifiably be issued by an individual or by private corporations. This would amount to attributing to oneself the right to dispose of products made by other people.

And yet new money must begin somewhere and must be created. The money that is already in circulation certainly did not fall like manna from heaven. It did not come into being by spontaneous generation.

Similarly, when production increased, the volume of money in circulation must necessarily have increased. Present-day industry and commerce would be paralyzed if there was not more money in Canada than there was during the time of Champlain in the 1600’s! The money supply increased and new money was added. Since industrial activity increased so there must have been an increase in the money supply.

This new money — this increase in the money supply — must come from society itself, through the agency of an entity established to fulfill this function on society’s behalf. Who today fulfills this social function? It is not the government, since the government has no money to spend except for what it obtains through taxes or loans and which it eventually must repay through tax increases.

Money is Created by the Banks

Everyone knows that with a bank account one can pay for a grocery bill without resorting to cash. One can write a personal check for the required amount and the merchant can take the check to the bank and either deposit it into his own account or take bank-notes or coins in exchange.

There is a huge difference between these two kinds of accounts. With a Savings Account, your own money is taken to the bank. The banker puts your money in his vault and adds the amount to your credit balance You may use this money/credit however you wish — including by writing checks, which, though not the banknotes or coins you brought to the bank, are money just the same.

What about the borrower’s Loan Account? The borrower did not bring any money to the bank. He went to ask for money from the bank. Usually the sum is large, let us say something like $50,000. The banker will not reach into his till and count out $50,000 in hard cash to give to the borrower. Even the borrower would hesitate before leaving the bank with such a large sum of money in his possession. What the borrower wants is to have $50,000 to his credit in his Loan Account. He can then write checks, etc. according to his needs.

Notice that the banker did not remove even one penny from his till! The borrower, similarly, did not bring even one penny to the bank. Neither was anyone else’s bank account touched in any way. In the case of the depositor, there was a transformation. The hard cash was locked up in the banker’s till and became financial credit, which appeared as figures in the depositor’s Savings Account. Not one additional penny was put into circulation in this transaction.

In the case of the borrower there was no such transformation. The borrower did not bring any money into the bank and nothing was taken from either the vault, the till or from any other depositor’s account. There is now in the bank’s ledger, to the credit of the borrower, a new sum of money which did not exist before. The banker has just engaged in the “creation of money.”

It is a creation of credit or “bank book” money. This money is just as good as any other money since the borrower can write checks from it in the same way that the depositor can draw on the money that he deposited.

We can call this the illegitimate use of a social function. Only society as a whole can, in justice, accomplish this function; a function which society may very well entrust to a competent entity under its own control. It is unacceptable that so important a social function be delegated to a private institution who only traffics it for their own profit.

A Sovereign Power Over Economic Life

The borrower, after an interval of time, must repay to the bank the money which had been created for him. When this money returns to the bank it ceases to exist and is no longer in circulation; the money is canceled. In order to put more money into circulation, another loan would be required; another creation of “bank book” money.

Loans, therefore, put money into circulation and the repayment of loans withdraws money from circulation.”

This is what is known as the restriction of credit. Since the banker charges interest on his loans, every repayment entails the return of more money than was originally issued in the loan. The result is that, in order to maintain a volume of money in circulation, it is necessary to have more loans issued than repayments made.

As it is necessary to repay to the bank more money than was issued individuals and institutions must seek new loans; hence an ever-increasing debt.

It would not be long before the amount of money in circulation would dry up completely without new loans being issued. This function of the banker therefore confers upon him supreme power over the economic life of the country. He is more powerful than the government, for he has the power to grant, refuse and regulate credit, which is the very life-blood of any country’s economy.

Statesmen in Europe, the United States and Canada openly denounced the supremacy of the banking system. Canada’s Prime Minister, Mackenzie King, in 1935, said that as long as this power remained unbroken, it was futile to speak of democracy and the sovereignty of Parliament. There have been those who, like him, promised to restore to the nation the control of its money and credit. Others, like former Canadian Finance Minister Donald Fleming, publicly attacked the arbitrary and harmful actions of the top bankers.

Yet none of these men were able to effect any change. Politicians who are most vocal in their attacks on the money power will never change anything as long as the people themselves have not united to form a power base greater than that of the financiers; a power that will force the government to take action.”

This is not a matter to be settled by elections. It is a question of forming a large enough group of enlightened and determined citizens who will make themselves heard by their government, regardless of what party is in office. It is also a matter for divine assistance, since the enemy has a diabolical nature, and the money dictatorship is only one of its multiple faces.

This is what the Social Creditors of the Michael Journal (www.MichaelJournal.org) have long understood.

EDITOR’S NOTE: This is an excerpt from a Louis Even article published in the first 2019 edition of the Michael Journal of the Pilgrims of Saint Michael in Rougemont, Quebec. For a complete bio on Mr. Even, click on this link 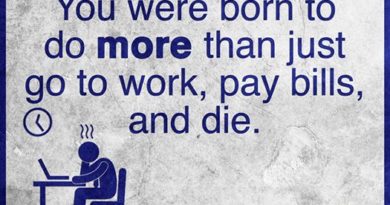