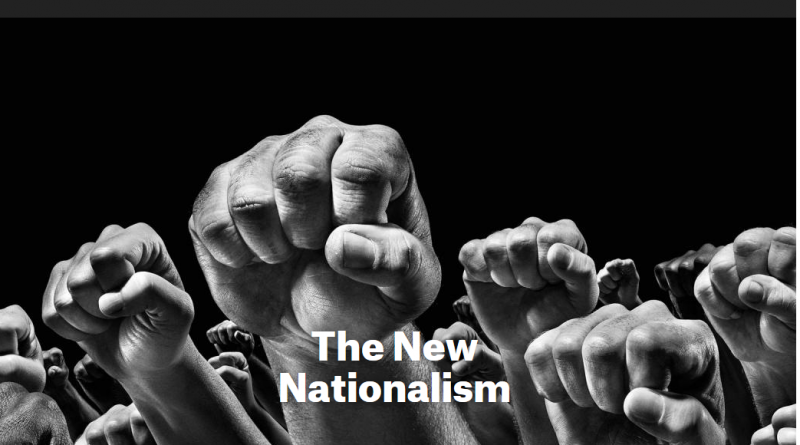 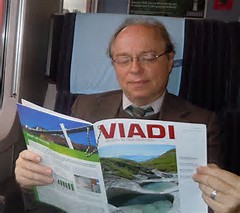 Considering the heavy damage that the phony Rockefeller Republicans and equally bogus “neo-conservatism” did to traditional anti-war “paleo-conservatism”—shifting the paradigm to the point where all “acceptable” conservatives must abandon neutrality and support pro-war interventionism—it would be especially disastrous if nationalism were to be sabotaged in the same manner.

But just such a tactic is being pushed by the illustrious Council on Foreign Relations in the globalist think tank’s March-April 2019 edition of its journal Foreign Affairs. (The top illustration in this column showing clenched fists is from the CFR’s cover for this edition).

Representing a motley mix of neo-liberals, neo-conservatives and of course members and allies of the Rockefeller clan, the CFR indeed wants to take the non-interventionist credo of Charles Lindbergh Jr., Sen. Robert Taft and, in more recent times, Ron Paul, among others past and present, and kill it once and for all. For, to get rid of nationalism, conservatism must be counterfeit, to make everyone believe that conservatism is and was always an internationalist, interventionist political worldview.

That Foreign Affairs edition, themed “The New Nationalism,” is a thinly disguised diatribe of rogue, unrealistic ideas and pseudo-history aimed at programming the reader with the notion that any significant belief in a nationalistic worldview is not only unwise and out of step, but borders on extreme anti-social behavior and even criminality. While reading it is laborious, the CFR is bearing its sordid soul, as it were, and that helps those who want a free, prosperous, truly democratic republic, within a nationalistic framework, to understand the strategies of the “powers-that-be.”

Even the opening line of this Foreign Affairs edition is nonsensical. Editor Gideon Rose’s foreword, which outline’s the edition’s content, begins: “The nation-state is so dominant today that it seems natural. But no political arrangements are natural . . .”

Really? Well, some political arrangements are much more natural than others. If a people create and consent to a constitution based on a common heritage—comprised, depending on circumstance, of combinations of racial, cultural-historical and moral-religious roots which inspire relevant political principles—they can form a natural, functional polity (a distinct, organized society), as history shows.

HERE IS A RADIO INTERVIEW OF ME BY ALTERNATE CURRENT RADIO ON THIS SUBJECT: 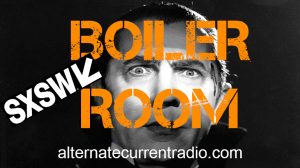 AND HERE BELOW IS A VIDEO INTERVIEW OF ME WITH VIDEOGRAPHER RON AVERY ON IT:
https://livestream.com/ronavery/StopThePresses/videos/188307896

And nothing could be more unnatural than the global-plantation “polyglot” society that the writers in this Foreign Affairs edition—exceeding even the CFR’s usual globalist pleadings—zealously advocate.

Indeed, they go into hyperdrive envisioning a contrived “diversity” wherein no nation has a dominant or prevailing culture and must obey a world mandate that essentially forces all nations to harbor a hodge-podge of all races, cultures and creeds—the typical result being chaos, instability and decline since social cohesion is rendered virtually impossible in the model which is advocated.

The one-worlders will say that race, religion and other pillars of identity matter very little anymore and that, especially in America, people of all backgrounds can find concord in “America, the melting pot” and its founding ideals. That’s true, but it only works to a point.

A core problem is that the CFR and its satellite organizations support unbridled immigration, most of it illegal, which does not provide for the immigrants to truly learn those founding ideals. This makes assimilation very difficult. (Worse still, the average native-born American doesn’t understand those principles either). Absent sufficient assimilation, foreigners wanting to become Americans (or Muslims wanting to become Brits, etc.) don’t do so except in the most superficial sense. In many respects, they simply move their “country” from one place to another. (And keep in mind that most of these globalists won’t support making English the official American language, meaning that even speaking the same tongue in general society, a vital part of social harmony and cohesion, is too “tribal” for their delicate global “sensibilities.”)

ONLY THE UNRULY NEED BE RULED

America’s founding principles are deeply rooted in the worldview expressed in the Declaration of Independence: “Men are endowed by their Creator with certain unalienable rights and to secure these rights governments are instituted among men.” It’s true that Christian foundational principles and culture can provide a common social and moral order into which various peoples can come together, which diminishes racial and ethnic differences and makes multi-ethnic countries more achievable.

However, the CFR and the rest of the one-world apparatus is hostile to anything even remotely resembling a Christian order, proving that the motive behind this New Nationalism is not harmony but disharmony—a chaos that justifies world rule. These CFR writers make it quite clear they seek a post-Christian world where rights are mere government grants that can be revoked at whim.

And these “open-society” wonks never seem to ask if an unwieldy mixture of races and creeds, often shoved together within various European host nations—in large numbers over short periods of time, with Western-spawned wars driving the process—can ever achieve genuine diversity.  Forgive me, but wouldn’t real diversity happen when all nations are permitted to form and thrive as organically as possible, with each country having a prevailing culture and unique character—France mainly for the French, Spain chiefly for Spaniards and so on? Don’t we need diversity AMONG nations, more than WITHIN nations?

Of course, given today’s rapid communication and highly mobile populations, no nation can realistically remain free of foreigners. Some immigration—carefully controlled to enhance cultural understanding and aid economic progress, but never allowed to diminish national sovereignty or distinctiveness—is inevitable.

However, the world’s fluidity should not be taken to mean that individual nations should be denied their distinct cultural character and economic-political sovereignty simply for the sake of an ill-conceived globalist ideology which conflicts with human nature and reality itself. No academic study is needed to understand that people are basically tribal by nature and no amount of sermonizing by one-world institutes like the CFR can change that.

But since the CFR realizes that human nature and the organic structures based on it cannot be erased altogether, the tactic, then, is to redefine nationalism—to co-opt it and make it their own.

That explains why writer Jill Lepore, a Harvard history professor, argues in her piece, “A New Americanism,” that “today’s challenge . . .  is not to resist nationalism but to re-appropriate it,”—as Rose explained it in his foreword—and why contributor Andreas Wimmer, a Columbia philosophy professor, “believes the contemporary battle is not to fight nationalism but to promote inclusive versions of it,” as argued in his misleading piece “Why Nationalism Works.”

This Foreign Affairs edition’s other titles also are quite telling: “The Importance of Elsewhere,” and “This is Your Brain on Nationalism” being among the assorted “gems” of political doublespeak in the journal’s pages.

And based on the broad assumption, as also highlighted in this Foreign Affairs edition, that nationalism is the main engine of large-scale political crimes, Professor Lepore’s article amounts to an indictment of nationalism that cavalierly denigrates European-Christian influence.

She also goes to the trouble of throwing more dirt on the grave of the late radio priest Charles Coughlin (1891-1979)—sending the message that clergymen who preach against the debt-merchants and their usury, and espouse a distinct Christian nationalism like Coughlin did, are vile “anti-Semitic” simpletons whose works should not be taken seriously.

So, while these CFR blue-bloods, like their ideological kin at the Washington Post, New York Times and other establishment news outlets, routinely demonize all but the most watered-down forms of nationalism as an automatic redux of Hitlerism and fascism, they studiously avoid the fact that Marxism and communism came about via internationalist movements which, in China, Russia and elsewhere, engineered tens of millions more deaths than those attributed by court historians to nationalist (and foe of communism) Adolf Hitler. Recall, for example, that super-rich Western capitalist figures such as Jacob Schiff in America, helped finance the Bolshevik Revolution and gave the world the Soviet Union.

Such capitalist debt merchants (names like Schiff, Morgan, Warburg and Rockefeller) subjugated nation-states and degraded them into internationalist holding pens in which to keep the people as debt-slaves by mortgaging their labor, property and other assets. And one need not praise Hitler to recall that Germany’s rise in World War II was a nationalistic response to the outrageous reparations foisted upon the German people, due to the conspiring of the forces of internationalism—the allied leaders and the trans-national bankers behind them—in drawing up the treacherous Treaty of Versailles that ended the internationalist First World War.

In our day, the entrenched gatekeepers at our universities, in media and in key think tanks hide this grim picture of the real extremists, militant internationalists, posing as humanitarians while building globalist structures—the UN, World Bank, IMF, WTO etc.—and engineering depressions, weaving a web of debt and waging pointless wars to aid in the process.

So, basing a special journal edition on nationalism being humankind’s central scourge is, all things considered, a deep deception designed to try and quell the current populist-nationalist uprising that threatens the globalists’ delicate and diabolical status quo. 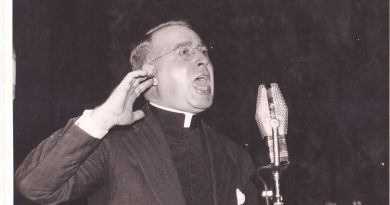