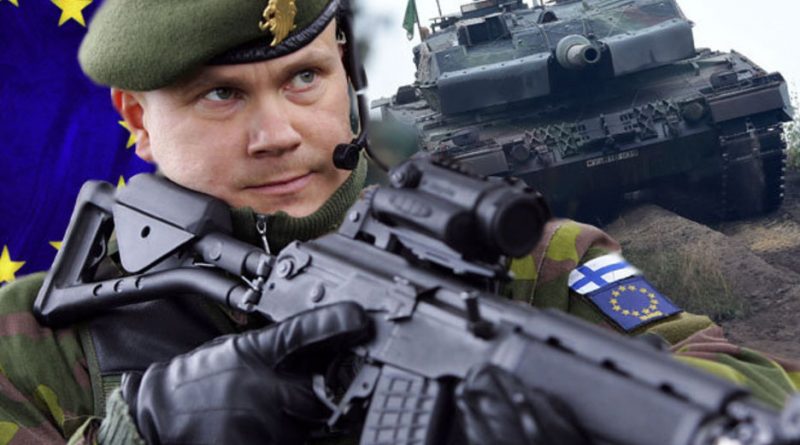 A just-released essay in the Council on Foreign Relations’ (CFR) flagship journal Foreign Affairs stunningly entitled, “The Committee to Save the World Order,” and sub-headed: “America’s Allies Must Step Up as America Steps Down,” contains a proposal for a new economic and political grouping that the authors believe will fill the world-leadership “throne” being vacated by President Trump due to his America-First emphasis.

Penned by CFR Senior Vice President James M. Lindsay and Chicago Council on Global Affairs (CCGA) President (and former U.S. envoy to NATO) Ivo H. Daalder, the essay meanders through various reasons to believe that President Trump and his America-first credo are poisonous to “the rules-based order” that rose after World War II, while suggesting strategies to counter the Trump phenomenon. The essay’s centerpiece is the formation of that “committee,” which Daalder and Lindsay have conceived in the form of proposed “G-9.”

To fully understand what these globalist bookends mean, it’s helpful to excuse their numerous false assumptions and distortions and read key excerpts from their Foreign Affairs piece, such as:

Trump’s hostility toward the United States’ own geopolitical invention [the rules-based order] has shocked many of Washington’s friends and allies. Their early hopes that he might abandon his campaign rhetoric once in office and embrace a more traditional foreign policy have been dashed.

Let’s answer part of that statement. Notably, the “more traditional foreign policy” that these policy wonks believe is fading is not America’s historical tradition at its founding, but only a new “tradition” invented by these trans-nationalists, who have prodded desperate war-torn nations with few options into post-war alliances and trade regimes friendly to boundless corporate profiteering and hegemony, and increasingly centralized economic and political controls.

The real American tradition does indeed call for trade and friendly relations among nation states, but entangling alliances with none. The world establishment that has forced itself upon the peoples of the earth literally subsists on entangling alliances, where citizens from whatever nation must look beyond their home polity and offer up tax dollars to rebuild other nations and, if necessary, put on a helmet and sacrifice their blood, or that of their children, to die for the sacred “collective,” i.e., the rules-based world order.

Daalder and Lindsay go on to define their G-9 and its strategy, while naming the nations that potentially would participate:

The major allies of the United States can leverage their collective economic and military might to save the liberal world order. France, Germany, Italy, the United Kingdom, and the EU in Europe; Australia, Japan, and South Korea in Asia; and Canada in North America are the obvious candidates to supply the leadership that the Trump administration will not. Together, they represent the largest economic power in the world, and their collective military capabilities are surpassed only by those of the United States. This “G-9” should have two imperatives: maintain the rules-based order in the hope that Trump’s successor will reclaim Washington’s global leadership role and lay the groundwork to make it politically possible for that to happen. This holding action will require every member of the G-9 to take on greater global responsibilities.

Economic cooperation is a good place to start, and [would-be] G-9 members are already creating alternatives to the trade deals Trump is abandoning. But they will have to go further, increasing military cooperation and defense spending and using a variety of tools at their disposal to take over the U.S. role as the defender and promoter of democracy, freedom, and human rights across the globe (emphasis added).

Notice the writers’ indication that these other nations filling the void are being tasked with becoming the next “world police force” in place of the U.S., at least on an interim basis. In other parts of the essay, the illustrious writing team predicts that U.S. allies will look for common ground with the U.S. despite their “deep substantive disagreements” with Trump. But the writers feel that the allies’ efforts to compromise with Trump, so far, haven’t worked because “what U.S. allies want to save, Trump wants to upend.”

Then, these comrades reveal their hand even more, writing as they do for an organization (the CFR) that has many current and former media moguls, editors and writers as members, even while the orthodox press omits reporting on the CFR:

The United States’ friends and allies—with the G-9 countries in the lead—need to act more ambitiously. They must focus less on how to work with Washington and more on how to work without it—and, if necessary, around it (emphasis added). As German Foreign Minister Heiko Maas told a Japanese audience in Tokyo last July, “If we pool our strengths . . . we can become something like ‘rule shapers,’ who design and drive an international order that the world urgently needs.”

AS ABOVE, SO BELOW

Meanwhile, the global cities movement is going full-bore, which is the all-the-more notable, given these clear signs that what the proposed G-9 may do from the top down to save globalism the global cities movement will do from the bottom-up. The Global Parliament of Mayors just held its annual summit Oct. 21-23 in Bristol, UK, even while other relevant programs were held, such as the CCGA’s Oct 25 program, tellingly titled: “The Empty Throne: U.S. Abdication of Global Leadership,” based on a book of the same title co-written, no surprise, by Daalder and Lindsay.

Thus, the interplay of the G-9 proposal and the global cities scheme is a textbook example of how these unelected policy wonks play their “game of thrones” and reconfigure our cities and other tiers of governance to preserve, defend and advance their self-serving power grid—operating as it does under a monopoly of credit in a debt-based money system, which is the apex of their pyramid of power. Onward they march, without a vote cast and under an almost total media blackout.

And these “rule-shapers” rarely forget to demean America’s long-time tradition of opposing entry into foreign wars and other entanglements is included. As this writer recently reported, the CCGA received a $4 million grant from the Robert R. McCormick Foundation to help finance the think tank’s annual Forum on Global Cities held each June despite that fact that the foundation’s namesake, Col. Robert R. McCormick, was a staunch America-first publisher of the Chicago Tribune in the early-to-mid 20th Century and arch-opponent of interventionism and globalism.

The McCormick Foundation’s latest grant to the CCGA, which is the former Chicago Council on Foreign Relations, is part of a long history of foundation support for the CCGA. In fact, the CCGA noted, “In 2015, a $1.5 million grant from the foundation helped to launch the Council’s global cities work . . . . [It] also helped to launch the [CCGA’s] annual Chicago Forum on Global Cities,” one of the Council’s signature events.

Tragically, that means the CCGA’s core mission of fostering global cities to carry out an “end-run around national sovereignty”—mirroring the strategy spelled out in a pivotal April 1974 article in Foreign Affairs, the journal of the plutocratic usurpers at New York’s infamous Council on Foreign Relations—is literally being carried out with funds from a foundation spawned by a man who based his life on an entirely different worldview, writing editorials about and dedicating his well-traveled reporters toward an independent, constitutional America.

Therefore, one might say that the CCGA and the McCormick Foundation are dancing on Col. McCormick’s grave, amid this vast misrepresentation of what he stood for. Col. McCormick’s history, it appears, has been rewritten. 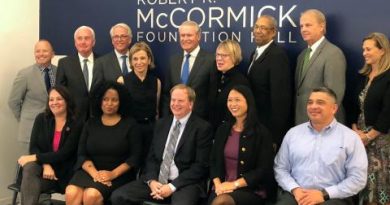 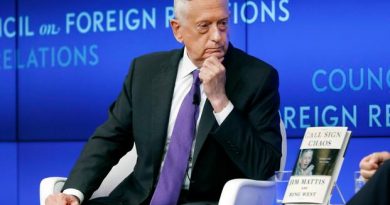 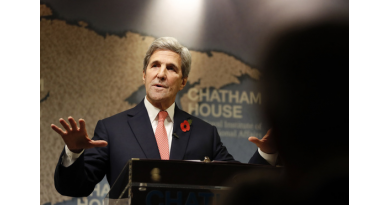