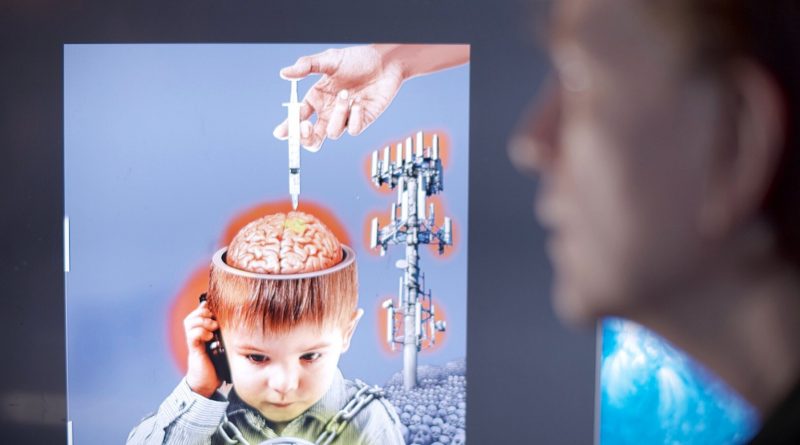 Will parallel digital ID developments usher in financial penalties for the unvaccinated?

The possibility, or shall we say probability, of converting to a cashless society—long considered a bane of  those who seek to establish a monetary order free of usury and dedicated to privacy and high moral ideals—was seriously discussed Sept. 13 by the Bilderberg-connected Brookings Institution. The nearly two-hour program largely focused on India-born Cornell University Economics Prof. Eswar Prasad, whose new book, “The Future of Money: How the Digital Revolution is Transforming Currencies and Finance (Harvard University Press) postulates that “the world is approaching a tipping point where cash phases out and digital currencies reign supreme,” according to a Brookings announcement.

“This will have far-reaching implications for individuals, businesses, banks, and governments: improved efficiency, increased flexibility, and improved market access, particularly for the unbanked,” the announcement added. “But the risks include market instability, minimal accountability, and decreased privacy.”

Brookings’ Hutchins Center on Fiscal and Monetary Policy and its Global Economy and Development program hosted the virtual program, the first part of which included Glenn Hutchins, co-chair of  Brookings’ Board of Trustees, as well as Mr. Prasad, and Hutchins Center Director David Wessel. The second part featured the Financial Times’ Gillian Tett—well-known for moderating the Pritzker Forum on Global Cities in Chicago for several years—who moderated a panel focused on the government’s role in managing and regulating digital currencies.

That panel included Stanford University economics Prof. John B. Taylor, who is the George P. Schultz Senior Fellow at the University’s noted Hoover Institution and is also a Council on Foreign Relations member. And among several advisory and visiting-scholar roles for central banks here and abroad, he’s currently the Advisory Board chair of the Federal Reserve Bank of Dallas Globalization and Monetary Policy Institute; he was joined on the panel by Swedish central banker Cecilia Skingsley, among others.

In the first part of the program, Prasad said that the use of cash already is diminishing, especially in advanced economies, although he did say: “There are certain vulnerabilities that we may not even know about at this stage that should give us some pause.” He also commented on the popular Bitcoin “cryptocurrency” and its possible role in a new financial order (as part of the “block chain,” a system in which a record of transactions made in Bitcoin or another cryptocurrency is linked across several computers in a peer-to-peer network). A major perk of this digital infrastructure, he surmised, is “the enormous promise block chain has in democratizing finance.”

This future system might eventually encompass what Prasad called “a Lego approach” that combines various financial products and monetary systems that could, for example, enable someone “to get large amounts of credit in a short amount of time.” He added, however, that for central banks to stay in the game amid an all-digital monetary system—so that the digital replacement for U.S. Federal Reserve Notes (and presumably U.S. coinage) can still be considered “Fed-issued money” even if the system goes totally digital—then the development of Central Bank Digital Currencies, or CBDC’s, will come about. These were recently described by the New York Times as follows:

A central bank digital retail currency is, basically, electronic cash. Like a cryptocurrency such as Bitcoin, it is data-based and doesn’t exist in the physical world, but the similarities end there. Unlike cryptocurrency, it is backed by a government, meaning it is likely to be more universally recognized as ‘money’ — something you can use broadly to buy goods and services and to pay taxes.”

And while Prasad conceded that in a non-cash world, every transaction will “leave a digital trace,” he doesn’t foresee any problems that cannot be “managed.” Wessel interjected that a likely political reaction to CBDC’s is that “the Federal Reserve could impose negative interest rates on us” and “that could strangle this ‘baby’ in the crib” and kill it before it ever gets off the ground. Negative interest rates, a highly unpopular policy which made big headlines when it reduced the accounts of bank customers in Cyprus, among other places, over the last several years, can mean a loss of money for depositors since, under such rates, customers pay the bank to hold on to their money—essentially a storage charge rather than depositors earning interest on their savings.

Hutchins, while he agreed there are “serious privacy issues with digital currencies,” countered that the U.S. $100 bill is the currency of choice across the world for illicit transactions. “Eighty to ninety percent of transactions for illicit purposes are [done] with $100 bills,” he said, adding, “Less than 2% are done with Bitcoin,” contrary, he said, to assertions that Bitcoin is often used for illicit transactions for terrorism and the drug trade. From there, the panelists in the first part of the program observed that El Salvador first “dollarized” its economy but is reportedly trying to “go Bitcoin.”

A highlight of the program’s second part was Ms. Skingsley’s remarks about Sweden being a trial balloon for developing a CBDC called the “eKroner” that appears to be reasonably well accepted and seems destined to replace Kroner notes and coinage in the Scandinavian nation. Ms. Skingsley noted that under the eKroner, Sweden’s central bank, the Riksbank, “can maintain its role in history into the future” and attach its stamp of approval and authority to an official digital currency just as it has done to notes and coins. “Otherwise, you wind up with a privatized economy,” she remarked, while indicating (without quite saying it) that, absent an official Swedish CBDC known as the eKroner, local community currencies and other decentralized systems might take root.

Such remarks reflected a subtle, distorted premise of this Brookings program. The world’s central banks were characterized as government agencies when they are private institutions that have absorbed, some say usurped, government functions and loan money to governments at interest when governments could instead spend their own currency into circulation debt-free, without necessarily having to resort to cashless systems.

Taylor noted that America’s private central bank, the Federal Reserve, under chairman Jerome Powell, appears to be cautious about this matter; thus, it might take up to five years for the Fed, which is carefully studying the CBDC concept, to implement such a measure. Powell did say that the Fed would not make such a fundamental change without an act of Congress—which due to covid-inspired stimulus checks that have been issued to the population, might be in the mood to act on such a measure, especially with Democrats, who generally believe in looser monetary policies, controlling both houses of Congress and the White House. Contacted by STOP THE PRESSES, an economics author and lecturer who’s shown here, Dr. Oliver Heydorn (www.socred.org), remarked, “The great danger with a Central Bank Digital Retail Currency, especially if it replaces cash and coin, is that the inherent lack of privacy under such a system (where all transactions can be tracked individually) also implies a transfer of control from the individual citizen to the state. Indeed, it puts the Central Bank owners in the position where they can impose conditions or outright refuse a citizen’s access to the economy by freezing that person’s digital bank accounts, thereby denying him access to money [e.g., perhaps as an attachment to a vaccine passport]. As Lord Acton opined: ‘Power corrupts and absolute power corrupts absolutely.’ These ‘currencies’ should be rejected on that basis.”

Notably, Brookings in June of 2021 produced an article that, at first blush, seems to argue against vaccine passports over privacy concerns. But a careful read of the article reveals that vaccine passports are seen as an inevitable development and that it’s only a matter of the U.S. setting a “national standard” to ensure privacy is “protected,” even while the three Brookings authors who scribbled the article glaze over the unavoidable fact that the mere existence of vaccine passports presents a clear and present danger to privacy and constitutional rights by their very nature.

Also, a BiometricUpdate.com article on Sept. 20, 2019—notice the timing, some four months before “the Covid pandemic” was conceived—noted: “The ID2020 Alliance has launched a new digital identity program at its annual summit in New York, in collaboration with the Government of Bangladesh, [the Swiss-based] vaccine alliance Gavi, and new partners in government, academia, and humanitarian relief. The program to leverage immunization as an opportunity to establish digital identity was unveiled by ID2020 in partnership with the Bangladesh Government’s Access to Information (a2i) Program, the Directorate General of Health Services, and Gavi . . . . Digital identity is a computerized record of who a person is, stored in a registry. It is used, in this case, to keep track of who has received vaccinations.”

Writer Geoffrey Grider, in an Oct. 24, 2019 article at NowTheEndBegins.com, noted: “For years we’ve been watching as Microsoft founder Bill Gates, now retired from the company he founded, uses his billions to give ‘free vaccinations‘ to people in third world countries. Now Bill has become a founding partner in another company, this one is called the ID2020 Alliance, and its goal is to give every human being on Earth a digital id. How do they plan on accomplishing this feat? By combining mandatory vaccinations with implantable microchips.”

And while the idea of a device for reading the unique pattern of veins in individual’s fingers for grocery purchases was floated in the UK back in 2017—doing away with the need for even presenting a credit or debit card at the checkout register—Grider added in a May 2020 article that with credit giant Mastercard having joined the ID2020 Alliance, the process [toward digital IDs in an increasingly cashless society] should accelerate exponentially.”

There’s yet another wrinkle. In his summarizing remarks on Sept. 13 for the Brookings virtual meeting, Mr. Prasad also noted that remittances, whereby legal and illegal immigrants from Mexico (and further south) send American money they receive from farm work and other sources back home to support family members, would have even fewer obstacles under a cashless  system. That, he failed to mention, likely would further incentivize illegal border crossings amid a southern border crisis that already is among the worst, if the not the worst, in U.S. history.