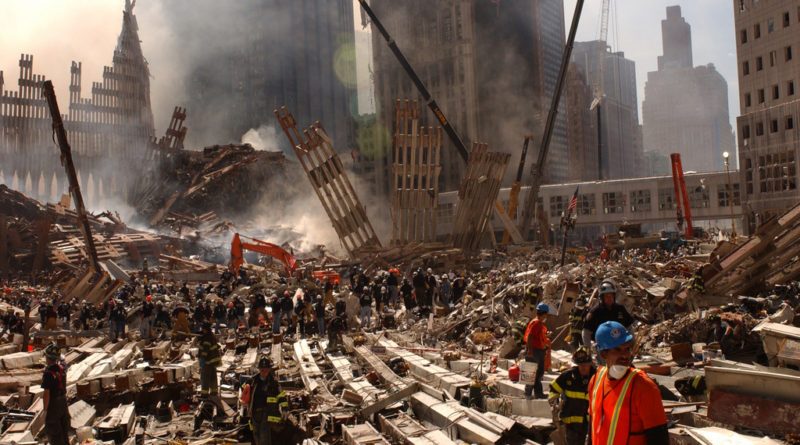 The “American Experience” is, generally speaking, a high quality U.S. Public Television documentary series that for many years has aired inspiring and informative recollections of the birth of major landmarks and profiled heroic figures, pivotal events and various other matters.

But the Feb. 7, 2017 broadcast covered something I personally had never seen American Experience cover before: The April 1995 bombing of the Alfred P. Murrah Federal Building in Oklahoma City (OKC).

This unexpected foray into a serious and controversial domestic bombing featured several journalists whose painfully one-sided observations helped convert the program into a rigid broadside against what the documentary’s narrative described as the “far right,” that’s supposedly still menacing the great fruited plain of America.

And the man convicted and executed for reportedly having carried out the bombing, former soldier Timothy McVeigh, was made into the face of the U.S. “radical right,” the angry white guy with the crew-cut with no wife and no life, who loved guns but blindly and viciously hated his government for the sake of hating it. Given that imagery, the documentary had to portray the federal government as a near-flawless institution of, you know, “truth, justice and the American way.”

Accordingly, everything about McVeigh’s past, including his political views, was demoted, mocked and shunned, as if every single thought in his head was without merit. Sorry, but he did have some valid concerns about the direction of the nation in the mid-1990s, even though his visceral reaction to his worldview may have been, and quite probably was, highly misguided and prone to ill-conceived actions.

But it’s not so much a question during Fake News Week whether McVeigh did the dastardly deed in OKC; it’s really a question of how one-sided big media have become, whether we’re talking daily news reports or news-style documentaries.

This bias causes long-term harm and extreme confusion, under the guise of “setting the record straight.” [NOTE: Fake News Week, Feb. 7 through Feb. 14 unless it’s extended, critically examines the orthodox media. In association with this TRUTH HOUND blog site, it is chiefly being carried out by  www.ukcolumn.org and www.21stcenturywire.com]

Others who’ve been exploring it include www.republicbroadcasting.org

One of the totally predictable things in the OKC documentary came at the end when the radical-left Southern Poverty Law Center (SPLC) was quoted as saying there are some 500 “radical-right, anti-government militia” and “white supremacist” groups still operating in the U.S.—but the documentary’s commentators never mentioned the SPLC’s own extremist views, highlighted by the fact that any tough questioning of government policy, and bold opinion that steps outside society’s rigid politically- correct framework, is routinely labeled as “extremist” and/or “hate” by the SPLC.

And nearly all regular media regard the SPLC as an unquestionably good source for gauging whose word is trustworthy and whose isn’t. The SPLC’s “hate group” and “radical right” listings, many of which amount to libel, sometimes have the effect of hanging a “scarlet letter” on any person or group whose views don’t conform to the prevailing internationalist-modernist ethos. It’s as if “offenders” are placed in an cyber-stockade for all to see and jeer at. Think of it as an underhanded indictment of dissident thought outside of a proper court of law.

Moreover, many police departments rely on the SPLC to tell them who the “thought criminals” are, while implying that today’s thought criminal is tomorrow’s shooter or bomber in yet another mysterious “active shooter” event at some shopping mall, school, or what have you.

The overriding thing is that this OKC documentary—like the one American Experience just produced on the 1993 Waco, Texas clash that saw men, women and children in a religious sect immolated in a fiery blaze prompted by federal tanks that were used to breach the compound’s main structure—did not interview a single defense witness from the McVeigh trial.

Nor was anyone interviewed who could articulate the federal government’s documented historical and modern-day abuses of power. That applies to both the OKC and Waco documentaries. Simply put, this was more propaganda from the America-can-do-no-wrong school of thought, which implies: No dissent. It also encourages massive distrust among the population.

And, not surprisingly, the same outfit that produced these documentaries produced another one on the Ruby Ridge, Idaho debacle where federal snipers opened fire on Randy Weaver and family.

Again, the point here isn’t to delve into the details of these events much. Still, there’s little reason to believe that the Ruby Ridge documentary production will be any different than the others. They all follow the typical, ultra-predictable script of using emotion and super-slanted testimony, littered with nonstop buzz phrases like “radical right” and “far-right extremists,” to condition viewers to never seriously question government policy and to associate those who are skeptical of government policy with homegrown terrorists who commit violence.

From there, the quietly cruel, carefully plied tactic is to take the obvious and totally understandable pain associated with the 168 people killed in the OKC bombing and report it in a way that suggests you’re dancing on their graves if you dare question major government policies—especially if you question the conventional story of the OKC bombing itself. The same goes for 9/11 and every other titanic event of violence on U.S. soil.

Several credible people, including retired Air Force weapons expert Ben Partin, long ago questioned whether a Ryder truck filled with fertilizer could have caused such serious damage to the Murrah Building in the OKC event. Partin went on record saying that it appeared to be a fairly sophisticated operation, which would’ve required additional planted bombs, and additional people in the crime.

But whatever one may think of the details surrounding the OKC event, the mainstream press was never up to the task of fully checking or challenging the federal story. And once the federal “cement dries,” so to speak, in terms of the official narrative of what happened at OKC (just like with 9/11, JFK, Pearl Harbor, Gulf of Tonkin,  RFK, MLK, etc.) the big media simply become repositories for the official story. From there, all school textbooks everywhere absorb and tell everyone the same yarn, basically forever.

So, the 169th casualty at OKC is truth itself, thanks in large measure to a media that serves as a mouthpiece of the state—which is a betrayal of the public trust that makes lies into permanent structures that no bomb can topple. But alternative media of the proper sort, that shuns fake news and does a good job, can erode the foundation of these structures, toward a far-better informed and much freer society.