Only well-informed populace can enable Brexit ‘divorce’ to become final

While, on June 23, the overall UK did vote 51.9% to 48.9% to leave the European Union in the much-anticipated “Brexit” referendum, there is considerable fragility and uncertainty surrounding the whole matter.

Two days after the UK filed for divorce from the EU, RT News (Russia Today) claimed that “over 2 million Brits” signed an online petition calling for a second vote, as many feel “dissatisfied” with the referendum’s outcome. That number supposedly was quickly increasing when this article was posted.

And given the plutocratic plans already in motion regarding the transatlantic trade treaty known as the “TTIP,” and the advancement of a global cities-global mayoral movement that represents phony local control, a meaningful, complete British exit from the EU may be painfully slow, and might never happen. Furthermore, Britain remains part of a pending EU army and has been involved in its development since the 1990s. That keeps Britain tied to the EU in a fundamental way.

In other words, the UK’s sovereignty, seemingly boosted by Brexit’s approval, is being diminished militarily—and also economically, since, as Yours Truly has already reported, British Prime Minister David Cameron, whose government has sent representatives to the Bilderberg meetings to fine-tune the global “consensus,” visited several European leaders well before June 23 to “renegotiate” Britain’s relationship with the EU.

That produced a report whose essence is “the Transatlantic Trade and Investment Partnership (TTIP) is at the heart of British trade policy,” said UKcolumn.org co-editor Mike Robinson. His careful assessment of Brexit’s outcome differs greatly from that of the manipulative mainstream media.

Bottom line: A massive trade deal designed to fasten together the EU, Britain and the US is at the core of the British government’s economic outlook. That does not bode well for Brexit.

Notably, Brexit’s approval is dependent on the Lisbon Treaty’s Article 50 process. The Truth Hound checked Article 50 and found that leaving the EU will take at least two years and may take longer. And the exit is largely at the mercy of the EU apparatus.

EuroNews.com, in its own Article 50 overview, found the same thing: “It will take about two years to officially ‘leave’ the EU, however, most experts predict a longer period. During this negotiation process, EU laws will still apply to the UK—it will continue to participate in other EU business but will not participate in internal EU discussions or decisions on its own withdrawal.”

And, as many expected, Cameron resigned upon Brexit’s approval, while calling for a “period of stability”—seen by some as a delaying tactic—while commenting, “It should be up to the next Prime Minister to decide when to activate Article 50.”

Several other factors come into play, strongly suggesting that unless pro-Brexit voters apply sustained, concerted pressure to firmly finalize this “divorce” under acceptable political and economic terms, then Brexit either won’t be consummated or it won’t make enough difference if it is.

Meanwhile, internationalist scribblers have been scouring Brexit from every conceivable angle. Several such writers, under the auspices of the Johns-Hopkins School of Advanced International Studies (SAIS), recently published a flurry of Brexit articles in various outlets, ranging from the Council on Foreign Relations’ stuffy journal “Foreign Affairs” to the snobbish Washington Post etc.

In the Post, though, Matthias Matthijs, assistant professor of international political economy at SAIS, noticed some of the deception, including that former London Mayor Boris Johnson, who had been the Conservative Party’s likely replacement for Cameron, is a closet ‘remainer’ [i.e., a fake friend of Brexit].

Given Johnson’s “cosmopolitan outlook and embrace of economic openness and globalization,” he “opportunistically chose to put his weight behind the ‘leave’ camp,” Matthijs stated.

That left Theresa May, the former UK home secretary, to be appointed as the new PM, which happened on July 13. She’s been accused of having deliberately kept a low profile during the Brexit campaign when she loyally supported Cameron’s “remain” camp, despite her assumed Eurosceptic leanings.

Brexit, nevertheless, could be a positive first step to build upon, but media efforts to complicate Brexit’s implementation will likely foster frustration, leading to uprisings and mayhem so as to “spoil the spirit” of Brexit and make people beg to reverse it.

But, according to UK Column co-producer Brian Gerrish, if those who supported Brexit can be aided in understanding the reality and the effects of the ruling establishment’s “hidden hand,” Brexit could have a chance at real success.

Yet, amid all this, there’s also a deceptive power “devolution” happening which ties into the global cities movement that Bilderberg and other entities in the supranational governance network have been molding.

Some of it sounds good on the surface, as devolution could mean more authority for national assemblies within the UK.

However, that devolution extends down to the city level, where realignments are being made through various entities touting the “global cities” mantra.  The Global Parliament of Mayors is central in this vanguard toward a seamless, forcible one-world society from the bottom up—while the EU army and TTIP work from the top down, resembling a pincer strategy.

Thus, while the UK people’s voice was expressed in an historical vote, the embedded powers have their own plans. Yet, the real answer always ultimately resides in exiting the usurious, debt-based money system that gives leverage to groupings like the EU and its backers, and makes the world a prison without bars. In other words, we need a “Monexit,” leading to economic democracy.

Not to mention that longtime, outspoken UK Independence Party “heroic” leader Nigel Farage suddenly stepped down, claiming that now that his Brexit goal is “done,” he wants his “life” back. This could force UKIP to expend valuable time and resources finding its next leader instead of influencing Article 50 progress toward a full Brexit.

Skeptics see Farage as a weakling or even as a con-man who “threw the fight” at an ultra-critical point in time.

Amid all of these factors, the central thing to remember is that super-rich trans-nationalists from the U.S., Britain and Europe have long sought an Atlantic Union to, in effect, merge the three nations. Finalizing the TTIP is a means to do that. That’s in addition to solidifying the EU, and crafting the African Union and the Pacific Union — political groupings that go hand in hand with actual or planned free-trade blocs.

So, Britain “leaving” the EU actually may be a misleading shift toward the “Atlanticism” that’s been brewing in elite think tanks for decades. If that’s correct, Britain is entering an even larger bloc than the EU, where its sovereignty will be the steep cost of entry. 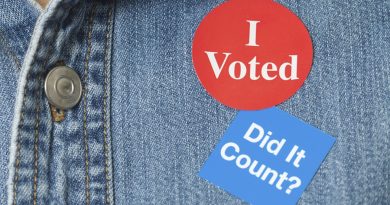